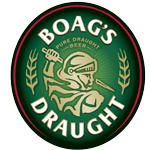 Perth black proved too strong for the new team in the competition the Launceston Workers Club Breakers by winning the 2011 premier league title 8 - 3, the win now gives the Perth team 3 grand final wins in the last 4 years after being defeated in last years final

In div 1 the Mowbray hotel also headed back to premiership dais defeating the Duke of Wellington team, div 2 saw Sunny Hill Blue defeat the Village Inn Red team from the St.Leonards hotel and div 3 saw the TRC claim back to back premierships by defeating the Sunny Hill Delinquents team

Under 18: 10th and 11th September at the Launceston Workers Club

All entries or further information is to go through Cyril Triffitt - 0407 870 306 or This email address is being protected from spambots. You need JavaScript enabled to view it.

Launceston player Fiona Plummer qualified top of the ladder for the 2011 State women's team to compete at the Australian 8Ball Championships in Sydney in October, Fiona will be joined by fellow Launceston players, Denise Millington and Jane Nichols, the full team is Fiona Plummer, Tracey Baylis, Denise Millington, Jane Nichols, Dencil McGifford, Janelle Walton and Mandy Snare, the team will be managed by Kris Cherry

The 2011 J.Boag & Son Winter Roster Singles for Premier League and Div 1 was held at the LWC on Tuesday 28th June with 39 players entering across the two divisions of play, which in all gave us a total of 79 players entering our championships across Premier, Div 1, 2 and 3 - A very good turn out for our association singles championships

If and when 8-Ball Pool ever inaugurates a Hall of Fame one of the first inductees will surely be Mick Hill.

The Black Country cue star is one of the game's greatest ever players.

And he can confirm that tag by retaining his WEPF World 8-Ball men's singles title on July 5.

Hill is top seed for the £26,000 tournament that starts at Blackpool's Imperial Hotel on Friday.

Hill has twice travelled to Australia