Due to the low number of players a double elimination format was used to give the players a few more frames for the day, the eventual winner for the inaugural title was Andrew Saltmarsh who defeated Rodney Martin in the final

Results from all matches can be found on the links below

Tasmania have 6 reps in this years Australian team, with local player Fiona Plummer competing in the women's team

There will be 2 seperate knockouts - Open and a B Grade Knockout to cater for all players of all levels, so please come alonfg and support the NTEBA with this event, put on for the players

The 2012 J.Boag & Son Open Singles will be held on Tuesday July 10th and this is open to all Association players - Div 1 and 2 will have no roster matches that night - Players can nominate online by clicking here

The 2012 J.Boag & Son Winter Roster Singles for Div1 and 2 was held on Tuesday June 5th at the LWC - Results can be found on the Weekly Results Page for Winter 2012

Rosters will be drawn Friday night / Saturday and be sent to Hotels and Clubs , along with Player Registration Sheets, Score Books, Team and Player Affiliation Invoice and Season Info

All Players of the NTEBA / NTB&SA and members of the General Public are most welcome to attend and watch one of the Best Pool Players in the World, I have met this bloke personally and I beleive you will have one of the best nights of watching and meeting someone who knows all about the game 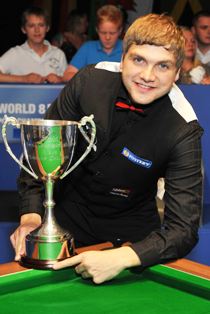 Nominations are now open in Premier League, Div 1, 2 and 3

5 players per team required and will play 3 rounds of 5 single frames with the start time being 7.15pm

Hotels / Clubs to provide a light supper on Home Night's, Hotels Clubs to make sure tables are level and clean, the association can help in this area and should contact Peter Wallace on 0419 393 838 at least 24 hours before the Tuesday night game

For Snooker Event enquiries please contact the State secretary This email address is being protected from spambots. You need JavaScript enabled to view it.