The North-West team won the 2012 John Wiliams Shield, played at the Launceston Workers Club on June 16th and 17th, the North-West team won what has been the closest shiled contetsted since the new format of players playing 2 area opponents in the best of 3 frame game format with the event going down to the last mach of the tournament, which was played betwen David Woodward (North-West and Luke Wallace (South), with the frames being 1 / 1 and both players having several shots on the black ball in the 3rd frame, David Woodward prevailed to bring home the shield for the North-West 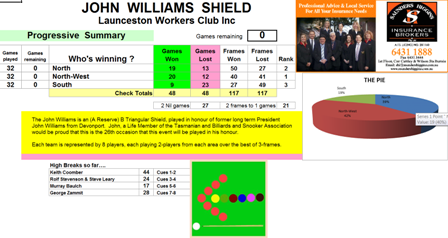 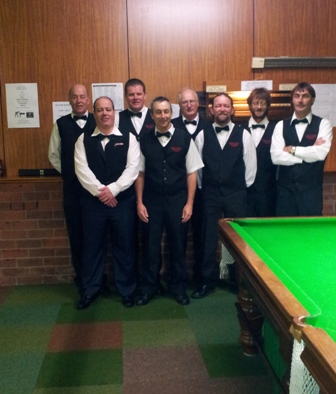 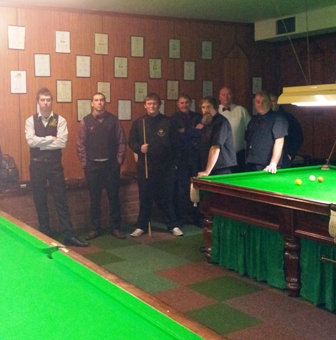 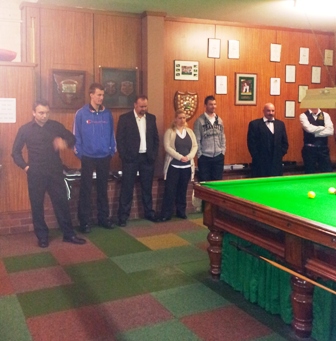