The 30 Year Anniversary for the 1980 World Amateur Snooker Championships that was held at the Albert Hall in Launceston was celebrated at the Launceston Workers Club on Saturday 6th November 2010, with special guest Ron Atkins (OAM) being honoured on his achievement of being runner-up in the World Amateur Snooker Championship event to Jimmy White and his contribution to Billiards and Snooker over his career at Local, Australian and International level

Thanks to Bill & Maggie, Peter Akie who travelled interstate, Andrew Fisher, The Higgins family and others who travelled

Special thanks to the workers - Rex Swain (Main Organiser of Event) 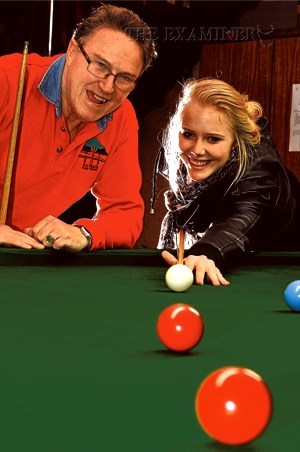