This year sees a major change proposed to our we run our Open, A Reserve and B Grade Billiards championships as proposed at the AGM recently.

The main change proposed is we drop one round of roster matches and the extra 5 - 7 weeks we play the association championships.

While there is a lot of work and planning to do the hope is that people will enter the championships or if not they will have a night off for that week/s.

It is very hard to put together at this stage as we do not know how many people may choose to play.

It is thought that we would use all venues avialbale to us to play championship matches, the championhsip matches would still be played in groups as they currently are, the best thing with this format is that you do not need to arrange to play matches with other people in your group and as we know this can be very hard to arrnage with people saying they are not avilable and trying to find a night to play on espicially when we have snooker being played in the clubs on Monday, Wednesday and Thursday nights and some of our players being involved with 8ball on a Tuesday night.

The cost per match you play would be $5 and while this might seem a lot, it is no different to going to a weekly roster match and paying $6 for the night, it is hoped that in most cases you would only play the 1 match in a group per week, so the cost would be the same as a weekly roster that players play in.

Why: This is a trial, we do not know if it will work, but our numbers are getting less and less each year in the championships and this may simply be because players do not want to play and this new format proposed will do nothing to increase the numbers.

Captains: There is a captains meeting called for Thursday April 9th at the LWC at 7pm where by that stage we would like the captains to check with their players if they would like to try this new format and would they enter or simply just have a night off (players are also welcome to attend on the night).

The number 1 snooker match on the Satuday night, followedby the Junior match will be live streamed via Cue Sports Tas - Link for the live event or to view the footage at a later date - Andrew / Atkins Shield 2015

The Tasmanian team consists of 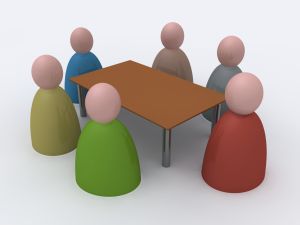 The 2015  Annual General Meeting will be held at the Launceston Workers Club on Tuesday March 4th starting at 6.30PM

This email address is being protected from spambots. You need JavaScript enabled to view it.